“Thank you again for your help mate, we could not have done it otherwise,” said Kiel. 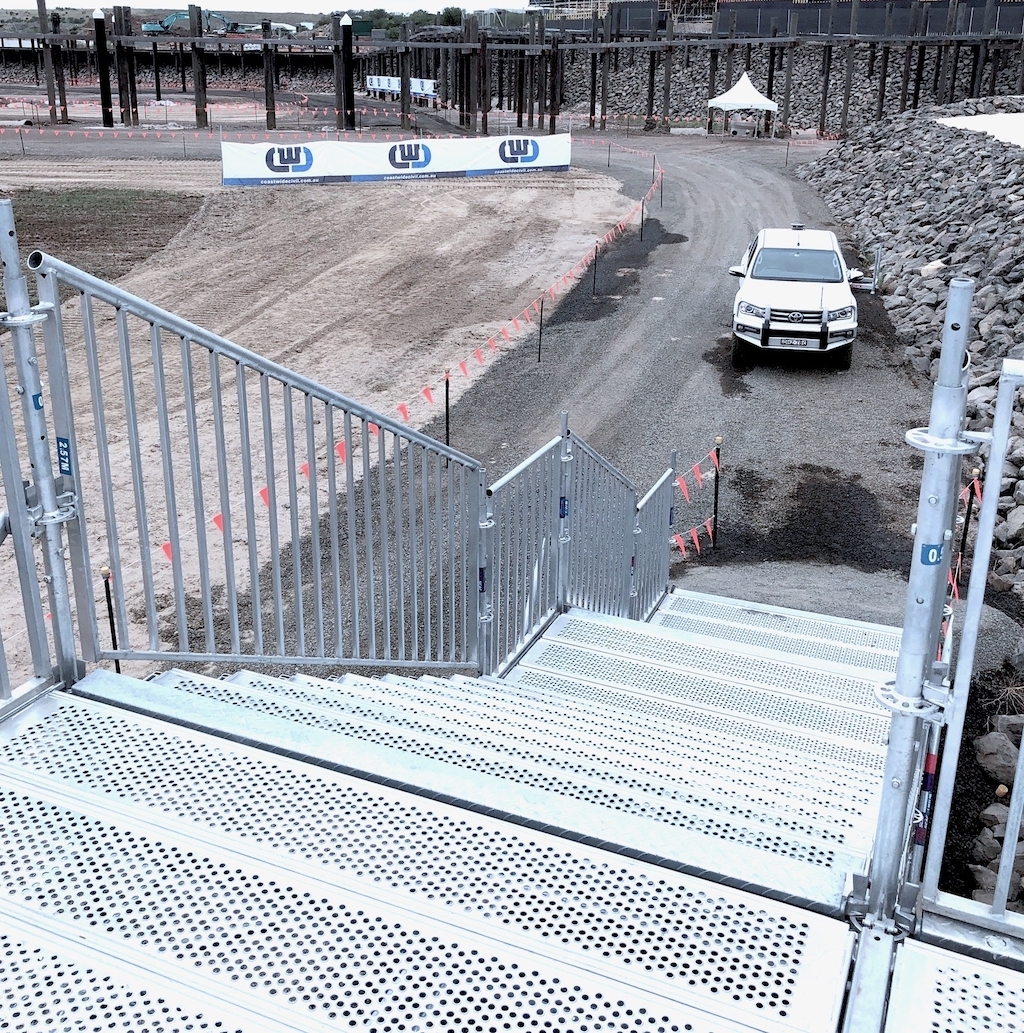 Shelling Out Public Safety at the Cove

Shell Cove is a joint development between Shellharbour City Council and property developer Frasers. The seaside housing estate—including a new boat harbour entrance and marina, in construction since 2013—is situated approximately 21km south of Wollongong and 110km south of Sydney.

Frasers were looking to provide a way for general public and prospective buyers to gain a bird’s eye perspective of the development as part of a marketing effort. To do this, a customised system would need to be installed so that on-foot access was easy from existing stairs and footpaths and that an ample platform area was provided for several people.

Frasers contacted Nowra-based scaffolding company Builtrite for ideas on a temporary structure that would perform like a permanent system. Although Builtrite are often busy being of the most in-demand scaffolding providers on the NSW South Coast, they did not have a system on hand that could fully accommodate a public assess stairs design specifically, so they contacted SafeSmart Access in Sydney to see how they could utilise the Proscaf system.

With a tight deadline, SafeSmart’s design team and internal engineers were assigned the case of designing a 3m-high stair system and a 5m-long bridge.

Proscaf steel components were chosen as the core of the design, and a system was devised in a matter of days, being delivered to site and project-managed for installation by a SafeSmart representative, Nathan Joyce.

Builtrite’s workers had the system built within a matter of hours, ready for use by Frasers, their prospects and the public. With the system, installers benefited from Proscaf’s reduced component count that still provided a weight rating on par with more part-heavy systems, as well as the ability to erect the platform and stairs in a shorter amount of time.

Builtrite’s owner and director, Kiel Bickerstaff, was impressed by the combination of high-quality design-flexible product and SafeSmart’s design capabilities. And Nathan's service was appreciated.

“Thank you again for your help mate, we could not have done it otherwise,” said Kiel.

SafeSmart’s ProScaf brand prefabricated steel system scaffold complies to the relevant requirements of AS/NZS1576-2010 and with applicable stair geometry and barrier balustrading spacing requirements of the ABCB Temporary Structures standard, for a maximum live load on the stairs and landings of 4kPa. 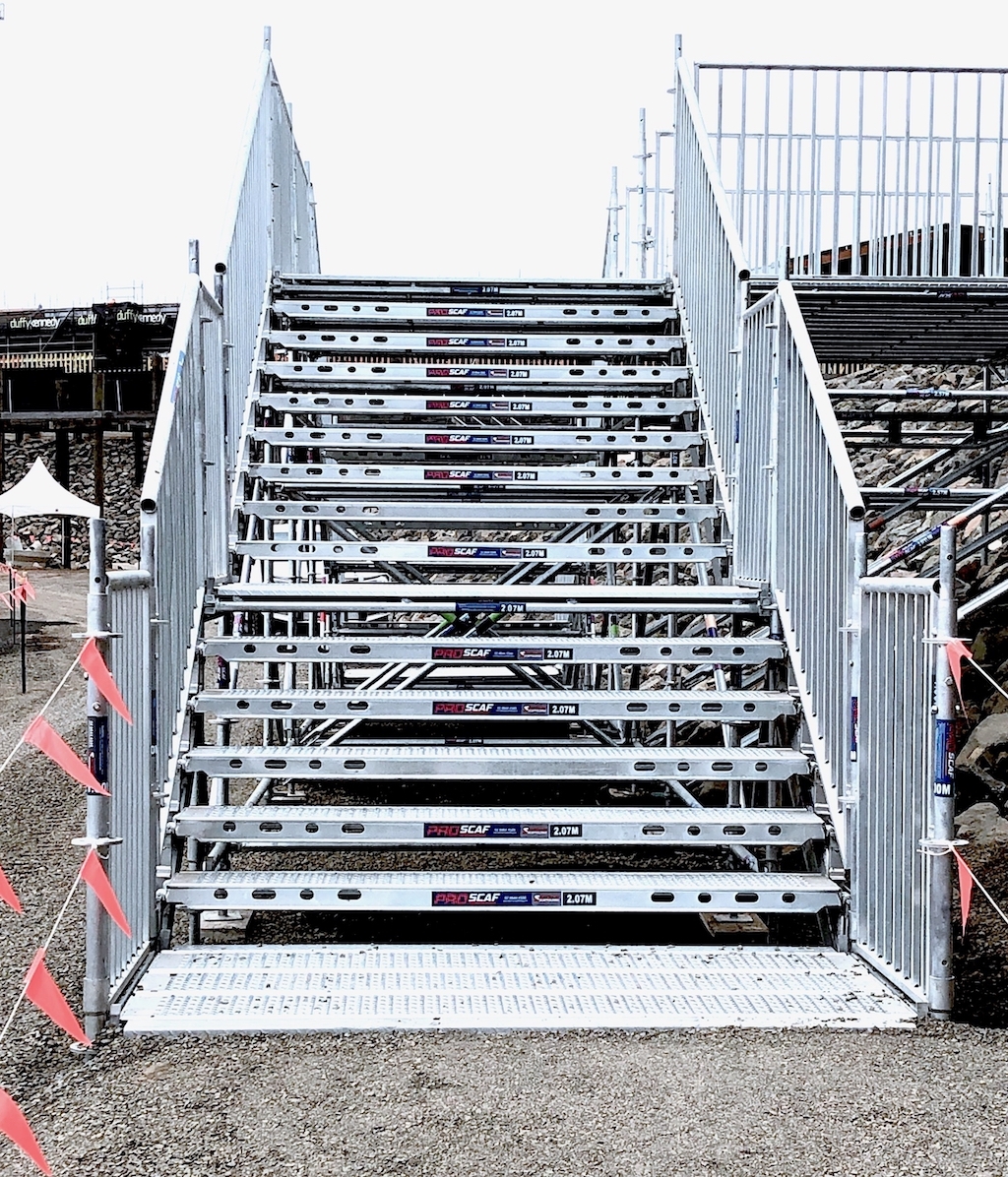