Proscaf was a good solution for the client. 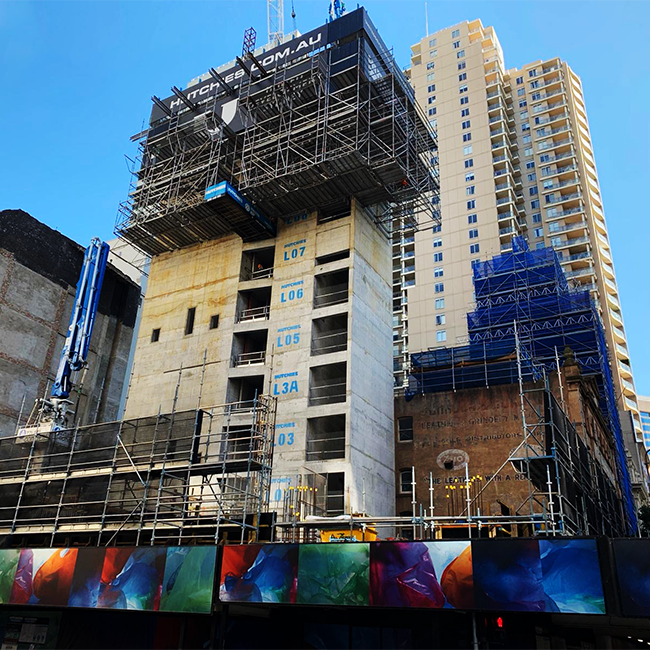 Skyworkers Group, although a new business established in 2018, has a high level of experienced team members who have been involved in some of Australia’s biggest and most complex builds. Skyworkers offers experienced, innovative and reliable engineered scaffolding solutions that provide access for construction/demolition, and bridging systems for Commercial, High Rise, Industrial and Event projects. Over the past years, Skyworkers have chosen Proscaf as their preferred scaffold system, due to the versatility and ability of Proscaf to do more than other scaffold systems. 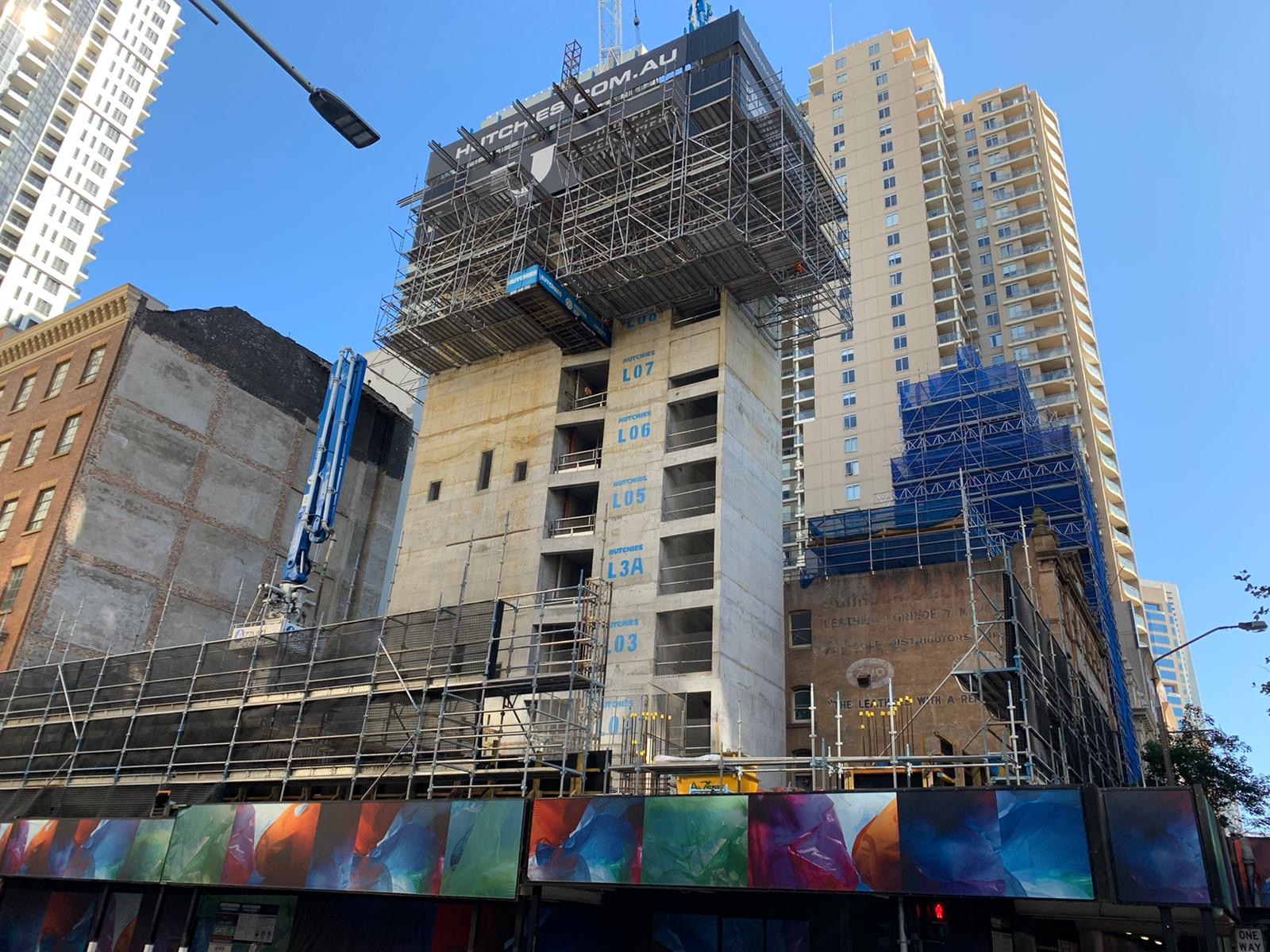 One of Skyworkers Group major projects is the landmark Castle Residences, under construction by Hutchinson Builders, soon to stand tall on Sydney’s busy Bathurst and Castlereagh Streets. Construction of the 37 storey tower began in late 2018 and will include the sensitive refurbishment of the 142 year old heritage listed Porter House building next door. The project brings together high-end apartments with five-star luxury hotel services and amenities – a distinctive offering in the Australian market.

During early construction, Skyworkers Group, E.A. & Associates Consulting Engineers and Hutchinson Builders had to come up with a way to keep access to the jump form maintained whilst the slab was still coming out of the ground.

Skyworkers Group contacted SafeSmart Access to discuss what the best solution would be. After further consultation with the client, it was agreed that a scaffold was required to change the Jump Form configuration due to the building footprint changing to cantilever over an existing heritage building.

Casting in channels into the concrete core and pre-fabricating a flat Proscaf wedge head bracket that could be fixed into the channels using a t-bolt was the engineered solution.

Connecting SafeSmart’s Proscaf standards, ledgers and load bearing braces to the wedge head bracket, the scaffolders were able to cantilever the scaffold out to provide access to the jump form. A solution that could be safely and effectively reconfigured without holding up Hutchinson Builders program was essential in the success of this design.

Proscaf was a good solution for the client as the rosette connection allowed them to scaffold around different angles and ties without using tube and fitting. Additionally, the large cantilever was made possible thanks to the high load-bearing capacity of the braces. The scaffold was completed with minimal components reducing weight, time and cost. 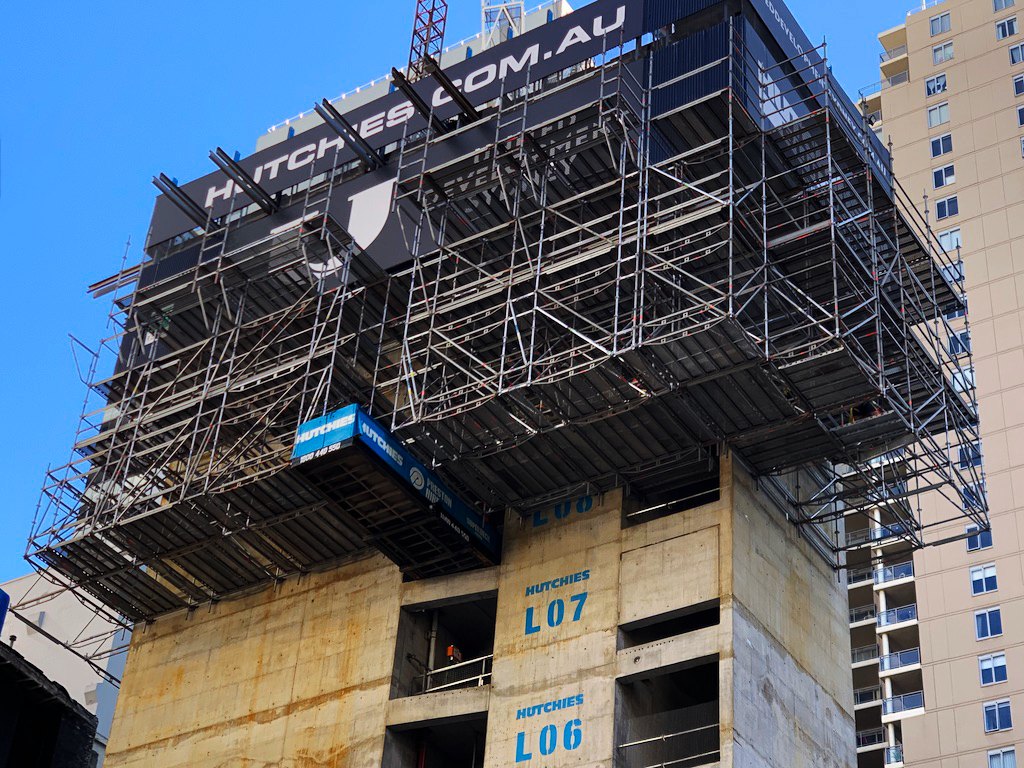