"The bridge showcased some of Proscaf's best attributes,” said Matt 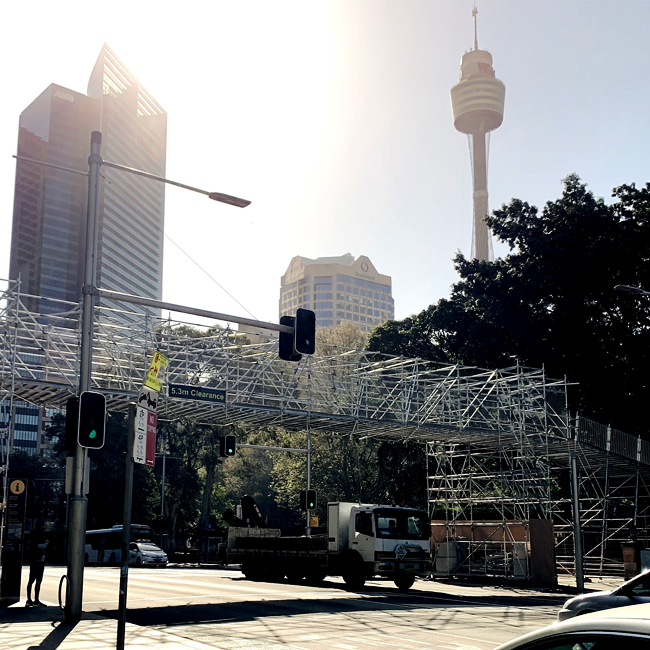 Owned by non-profit organisation Athletics Australia, the Sydney Running Festival is the last remaining legacy event associated with the Sydney Olympics in 2000. In 2001, the NSW Government approved the event’s continuation to promote fitness and health for the NSW community.

This year’s event, run on September 20, attracted 40,000 participants who ran in some of the festival’s most iconic races, such as the Sydney Marathon and the Bridge Run.

On the Hyde Park leg of the event, organisers faced the need for accommodating over-road race access across Park Street.

They engaged with Baulkham Hills scaffolding company GM Scaffolding for a bridge design that could simultaneously take the weight of several runners as well as support crew and camera motorcycles. And the bridge needed to span the wide road clearly without any angled underside support structures that would hamper the flow of vehicular traffic below.

To solve challenges like this, GM use the Proscaf scaffolding system, made by Sydney-based manufacturer SafeSmart Access. And in this scenario, it was identified that the heavy-duty steel version of this system was best for building this engineered structure, and designed by van der Meer consulting.

Due to the critical nature of Park Street as a private and public transport thoroughfare, installation had to be done quickly.

This was achieved to the satisfaction of local authorities with minimal traffic disruption – Proscaf’s load bearing braces and ledgers allowed for the large span with fewer components, speeding up assembly and creating a minimised footprint.

"The bridge showcased some of Proscaf's best attributes,” said Matt, “and that’s why we include it as part of the value of our service offering.”

“Load-bearing braces and ledgers for a clear span, a bridge built in craneable sections, and the perfect ramp angle, thanks to adjustable swivel jacks, made it fit for purpose with minimal components .”

The scaffold bridge passed criteria according to the Scaffolding Code of Practice as well as an inspection by Sydney City Council for approvals; it performed exceptionally well with the frequent and large volume of traffic. 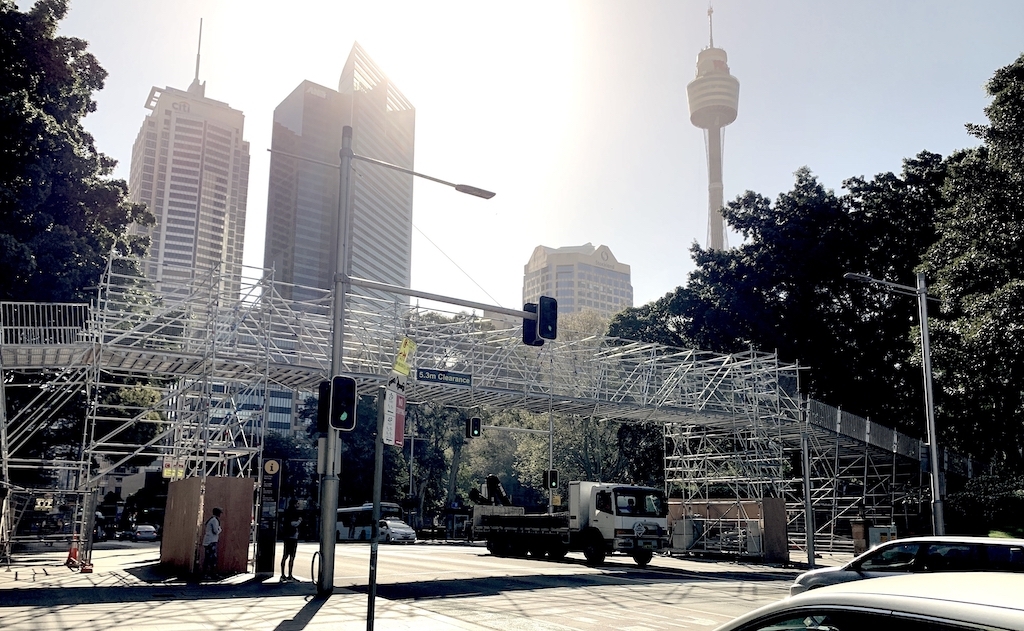 1. Friday night 1 week prior to the event:

Support towers were built, and the bridge was craned into position over Park Street in two sections. Once these sections were in place, the middle support was removed leaving the bridge as a clear span over the road. 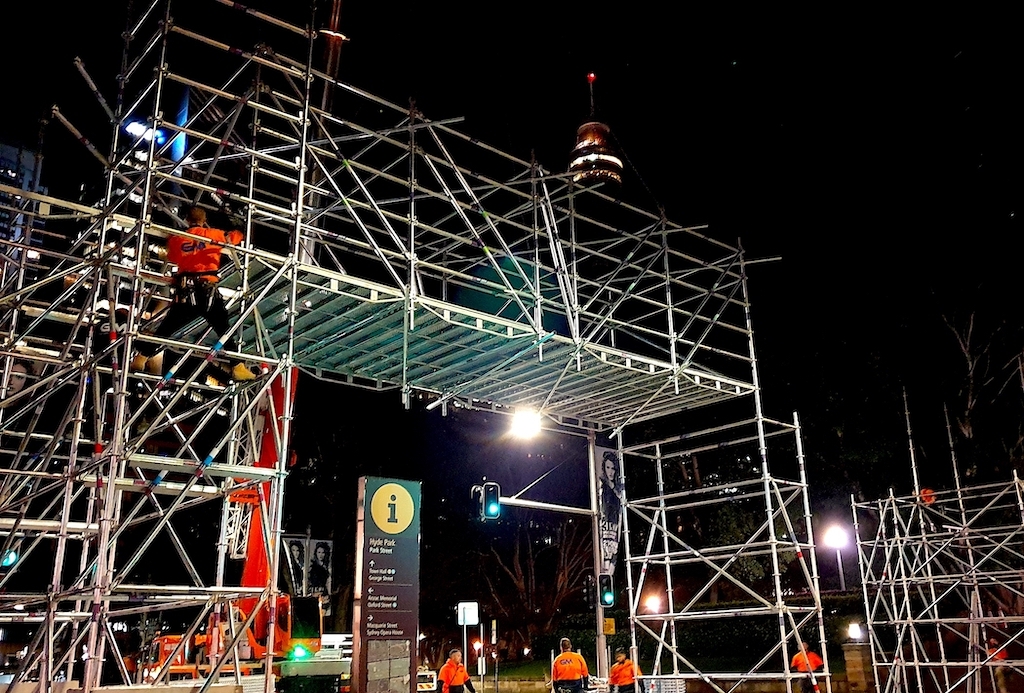 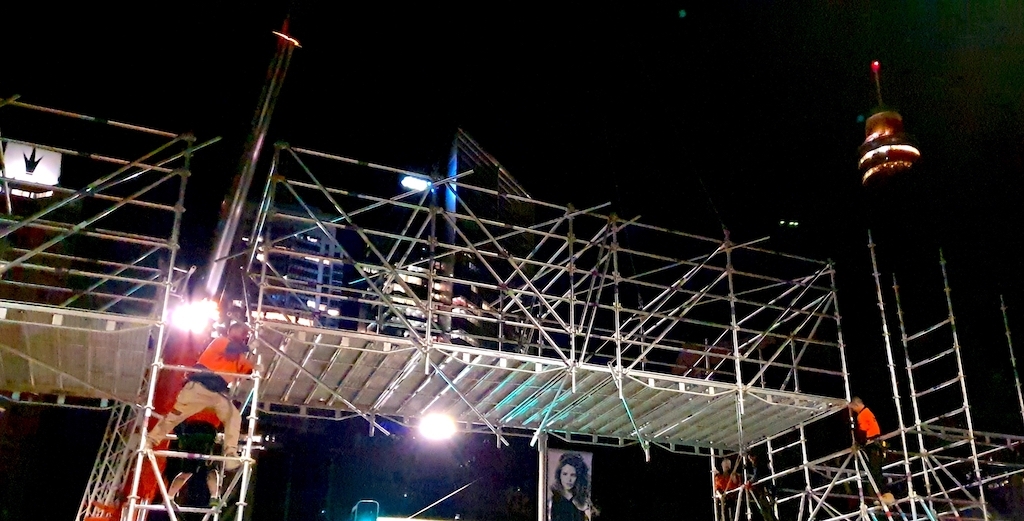 2. The Week prior to event: 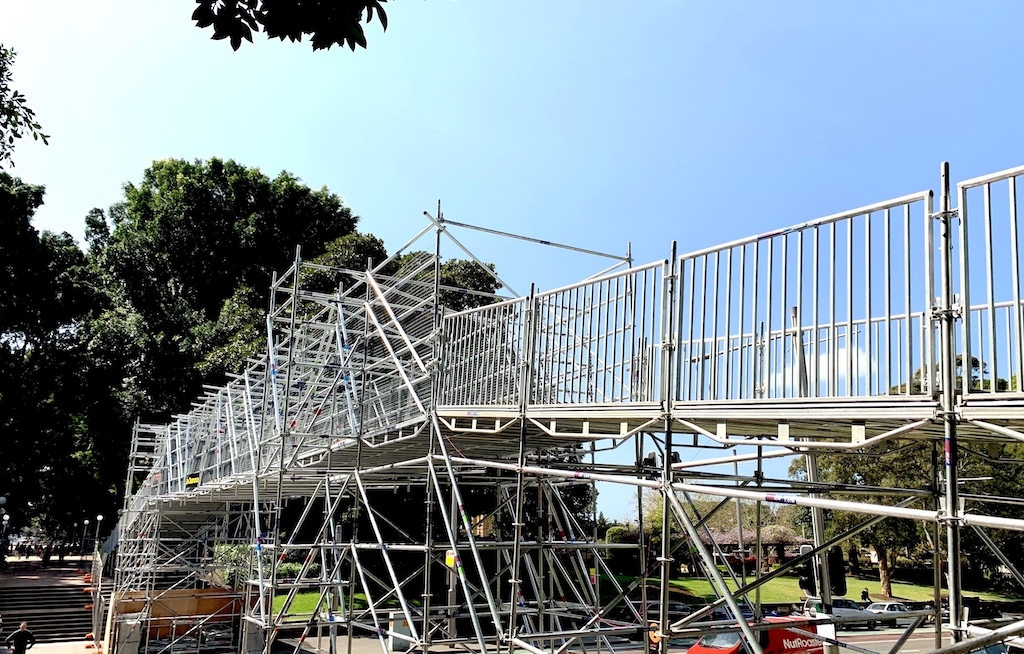 3. The Night before event:

Middle support tower was added with concrete barriers around it ready for the event.
Sunday afternoon (day of the event, after the event) scaffold was stripped and removed. 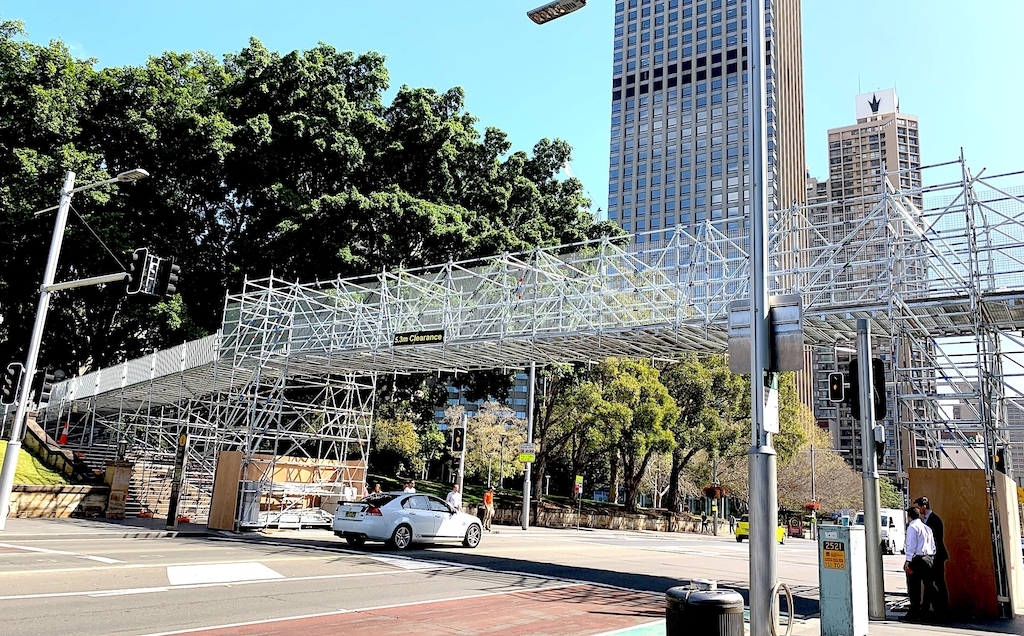 The bridge in action.

Some footage from the Channel 10 telecast displaying runners and motorcycles gaining trouble-free access over Park Street.